Yes, you did read that correctly, I did in fact say Duran Duran!

For those of us (particularly the ladies) of a certain age, Duran Duran were the ultimate in 1980s music, the poster boys of the early days of MTV who it appeared were really living the dream.

Some may be surprised to hear they’re still widely respected in the music industry and are in fact enjoying yet another worldwide tour, others may not be fully aware of them at all – for those who don’t know fully what they’ve achieved you’ll find a bio here or the very lengthy and detailed Wikipedia version here.

They’ve been in the music business for over 30 years (since 1978) with a massive fanbase worldwide and this weekend will open the Olympic Games in London! 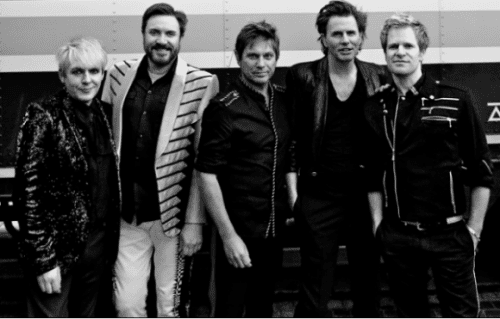 We tend as businesses to look to international brands, particularly in the FMCG or technology sectors as examples of how to do Social Business right but few articles appear in relation to the music or movie  industry as all too often the updates we see from “celebrities” are in fact part of a perfectly polished plan from a PR or Social Media team ensuring that their clients best side is on show at all times.

So, apart from their world tours and ability to move with the times in their music, we’re looking at digital media lessons any business could take from Duran Duran!

Two of the band can frequently be found tweeting – John Taylor @thisistherealJT and Simon Le Bon @SimonJCLeBon  – each with their very own unique style.  John tends to engage with the fans on anything from his autobiography to world events.   Simon it would appear aims to entertain as this column which offers a round-up of his quirky tweets highlights!

In business brands all too often focus on trying to sell to their followers, use their example and get to know people first – sales will come once people learn to trust you or build a relationship with you.  Nothing is more off-putting than constant sales messages, think engagement first and sales second.

Social Media should be integrated with events

Throughout the world tour the #duranlive tag has been used on twitter, streamed on to a screen at the back of a stage and enabling all of the fans in the auditorium of the night to participate or send a message to the band.  It’s not unusual of course for the tag to trend ensuring everybody knows exactly who’s in town that night.

They also suggest that their fans RSVP via the events option on Facebook so that friends of fans know exactly who’s going to a gig that night.

We know businesses are increasingly adopting hashtags for their events but all too often we see a number of different tags in use or that twitter gets all the attention whereas despite its phenomenal growth, twitter still lags considerably behind facebook in the numbers.  Decide on your hashtag at the planning stage and make sure attendees and everybody connected with the event is aware of it from the start.  You should also decide which social media channels you’ll be using for your event and invite people to tweet, like, pin or share as appropriate but plan and don’t let it just happen as you’ll be diluting the coverage if you don’t.

Blogs can entertain as well as inform

Personal and business blogs often come with a theme or a plan and while let’s face it, not everybody lives the life of a rock star travelling the globe it’s not too difficult to look at new ways of entertaining readers or displaying a little personality as appropriate.

The Duran Duran blog offers snippets of life on the road, video, product updates, event information and random insights into the band members.  As blogs go if you’re interested in their music I think you’d enjoy it, find it here.

In the business world you’ll of course offer categories related to segments of your business but include a random or news section (in preference to an uncategorized!) so that when something comes up such as winning an award or sponsorship of a local sports team you’ve got a place to store it – if your blog is business focused, this can be where the human side of the company and its people shines through.

Pinterest allows you to tell your story with photos

Quite apart from the multi-media gallery on their website, the band have embraced Pinterest as a means to show off the wonderful photos that they’ve accumulated as taken by the professionals and the band themselves – it’s not unusual for photos to be taken by the band from the stage!

Show off what you can do in photos of your projects, works completed or products available – all infinitely more interesting than any stock photography you can find!

If you’re not in the habit of creating your own imagery or graphics, show off styles that you like or if you’re in the food industry for example share recipes that leave you drooling.  People follow others on Pinterest as they’ve got similar interests, vary yours and tell people about you – in your own photos if possible.

If you’ve not seen the bands use of video in the early days of MTV a classic tune is Rio – shot on board a yacht and a world away from the economic struggles of the decade, it was one of a number of videos from a band that really put the focus on promoting music (their business) through video.

In 2012 the band continue to use video for the promotion of their music but they’ve also embraced it as a means of effectively communicating their opinions on what’s happening in the world such as this interview with Nick Rhodes on the Olympics.

We know that videos are increasingly being used by companies large and small but quite often they’re overly focused on the corporate message or trying too hard to be quirky or go viral.  Create videos that suit your brand and your people, they’ll be dealing with your customers offline too and if the video is too rigid will they carry that off for you?

A new concert tour has just been released on DVD and given the fact that fans span the globe, Duran Duran opted for a Digital Premiere of A Diamond In The Mind and launched it via the App Qello on Facebook. 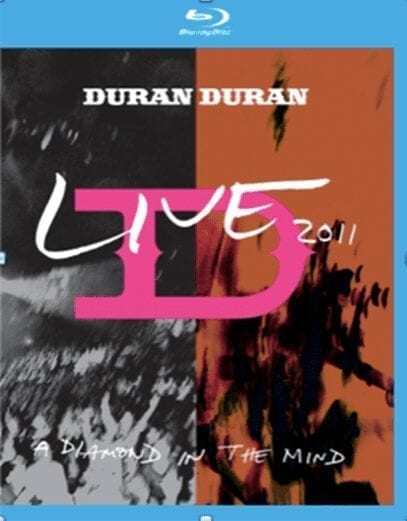 Fans could sign-up for $4.99 and tune in with just the music or with commentary from the band members followed by a live Q&A with the band direct from Istanbul at the finale!

Think how you can use the web to communicate with your customers in a manner that suits at a price to suit your budget.

Use new media to be different

We take downloads for granted now but there was a time when even CDs or DVDs were a novelty and the first downloadable tune from the web was in fact a Duran Duran first with Electric Barbarella in 1997!

If a new opportunity to do something for your business arises, just because you haven’t seen it done before it doesn’t necessarily mean it’s wrong.  Sometimes you need to think outside the box and new media gives us an opportunity to explore different means to market or showcase your business, you just need to learn to spot trends quickly before everybody is doing it and you’re not!

You can build real communities

Join in with the #duranduran thread on twitter at any time or over on their facebook page and look at the conversations – fans really have become friends, meeting up for shows and genuinely building friendship around their shared interest in the band.

What business wouldn’t like its own community brimming with wonderful brand ambassadors who keep the brand name out there all the time?

Katy Krassner has worked for Duran Duran for years and is their social media champion, with even her own section of the DuranDuran.com site created so that you can Ask Katy anything about the band!

Every organisation needs a Katy, or at the very least somebody at managerial level who understands why you’re venturing into social media and that it’s not instantly going to convert into cash.  There aren’t set criteria which qualify any one person for the job but don’t assume that it’s the marketing manager that fits or that the intern might work, it’s about finding a person who knows your business and has the personality to fit.

Social Media doesn’t come with a definitive set of rules to be followed and while there are terms and conditions attached to most of the major platforms that you need to be aware, finding the right style for your business takes a bit more effort than reading up on what’s allowed within the rules.

Unlike musicians, actors or sports people you won’t start out with the luxury of awareness the minute you create an account on twitter but if you find a sports person, actor or musician that communicates with their community in a manner you like, take what you can from it and adapt to suit.

After all, at the end of the day celebrities are just people – famous people, determined people – but accessible people in the social media age and if you think any of those you admire got there through sheer luck, study their form and you’ll find that they’re still working on their personal brand every day of their working lives.

Thanks to Katy Krassner at DuranDuran.com for permission to use images featured in this post, all of which are copyright of DuranDuran.com